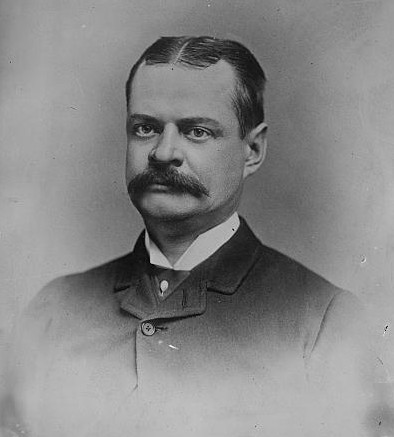 ASTOR, William Waldorf, capitalist: b. New York, 31 March 1848 [ d. Brighton, Sussex, England, United Kingdom, 18 October 1919]. He was called to the United States Bar in 1875; was a member of the legislature of the State of New York 1878-81; and was United States Minister to Italy 1882-85. In 1890 he transferred his residence to England and in 1899 became a naturalized British subject. In 1892 he purchased the Pall Mall Gazette; in 1893 he established the Pall Mall Magazine, and in 1911 acquired The Observer. In 1912 he sold the first named journal, and in 1914 made a present of the Pall Mall Gazette and The Observer, with the building in Newton street and its contents, to his son, Maj. Waldorf Astor, M.P. He is the author of ‘Valentino,’ a story of Rome (1886); ‘Sforza,’ an historical romance of the 16th century in Italy (1889); ‘Pharaoh's Daughter, and Other Stories’ (1889), besides numerous stories and articles that have appeared in the pages of the Pall Mall Magazine.


His benevolence is well known and his gifts to charities have amounted to very considerable sums. Among those charities benefited by his gifts are The Hospital for Sick Children, Great Ormond street (to which he gave $250,000 in 1903); University College, London; The Cancer Research Fund; Oxford University; Cambridge University; The National Society for the Prevention of Cruelty to Children; The British Red Cross Society; Gordon Memorial College, Khartum; The Soldier and Sailors' Families Association, and the Women's Memorial to Queen Victoria. His gifts to the war charities include $125,000 to the Prince of Wales's National Relief Fund; a similar amount to Princess Louise's Officers' Families Fund; $200,000 to the British Red Cross Society; $25,000 to Queen Mary's Employment Committee, and a similar sum to the Lord Mayor's National Bands Fund. He has given $5,000 to King Edward's Hospital Fund annually since 1897 when the fund was started. On 1 Jan. 1916, he was offered and accepted a peerage of the United Kingdom under the title of Baron Astor of Hever Castle in the County of Kent.

Hever Castle is well known as having been the residence of Anne Boleyn and the place at which her courtship by Henry VIII was carried on. It was purchased with the surrounding estate by Mr. Astor in 1903. On 3 June 1917 Baron Astor was elevated to the rank of Viscount.