Commentary: 'In Search of a Post-Political Masculinity' by Mark Christensen

Jordan Peterson believes men occupy a distinct biological category. Apart from the apparent anatomical differences, data show we’re more interested in engineering and tech, while females prefer nursing and early-childhood education. Gender distinctions are real and can extend to morality. The violence hinted at when a couple of men argue, for example, “can’t be brought to bear with women.”

“It’s not obvious,” he tells the Rubin Report, “how men and women should go to war.”

Yet war we have. An escalating one. So, perhaps we men, including Peterson, need to think harder about what is really going on. Be daring and look outside the box.

Masculinity—stoic, autonomous, rational, aggressive—is essential because life is hard. People aren’t always benevolent and kind. It would be great if they were but “that world doesn’t exist.”

“If you show your emotions,” claims the author of Extreme Ownership, “you might get taken advantage of. If you make emotional decisions, they will likely lead you in the wrong direction.”


The former Navy Seal goes on to recognize this isn’t the entire story. Men who ignore their feelings forego the ability to empathize and connect with others. Any success is liable to be empty, devoid of joy and shared happiness. Having to be right or win all the time can leave us brittle and insecure.

Such insights notwithstanding, I think it’s fair to say modern Western man has yet to find that elusive sweet spot, the delicate balance between head and heart. Then there’s order and chaos. The material versus the spiritual. Free will and fate. Animal lust and a higher love. Avoid a holistic approach that integrates otherwise opposing elements, and everything unravels.

In his popular Bible series, Peterson describes how the hemispheres of our brain are adapted to help resolve the dualism of reality and self. Habitable order has its limits. Some chaos is actually desirable, as it keeps us alert and actively engaged. The aim is to live with one foot grounded in the knowable, familiar to the left side, and one foot in the aesthetic or moral realm, what is mystical but somehow familiar to the right. Symmetry brings about a deep sense of meaning. What’s astonishing is how a neuro-physiological process effectively confirms “the forces of the cosmos are properly balanced in your being at that moment. That’s why it feels so good.”

But here’s the thing: all this makes a mockery of reason and male identity. Our end-game necessarily incorporates right-side considerations that are, due their infinite qualities, expressible only through myth and narrative. Order plus chaos always translates into incomplete knowledge and control. No matter how clever, human cognition won’t ever fathom the human heart. And so on.

How, then, are we to justify rules-based hierarchy and temporal power? As Willink infers, touchy-feely, even if universal, is not a sound base for managing human affairs. It’s a perplexing situation, especially as man is predisposed to pursue comprehensive answers that can be systematized and made relevant to all.

Which brings us to this strange cultural moment and the charge of toxic masculinity.

Though ridiculed by Peterson and others, the controversial Gillette ad is not without merit. Men aren’t at their best and there is no returning to the old days when women cut us too much slack. It’s time, to be sure, we fulfilled our potential.

The commercial also calls on men to hold other men accountable for saying the “right thing” and acting the “right way.” This, on the other hand, is flawed advice.

A centered and sensitive man, one of character and principles, doesn’t judge on a right-wrong basis. He may voice opinions, perhaps criticize. But to take that next step and moralize is to give false hope there exists an external solution. Revered spiritual figures—think Socrates, Jesus, Luther, MLK—exemplify the intuitive belief man is answerable to something greater, a common source of moral unity beyond the power of reason and its earnest institutions.

Post-Christian society, of course, has slowly but surely discredited right-side metaphysical truth, with the moral and intellectual consequences now evident.

“Chaps need to do work on themselves, and the professor may be of some help,” writes a Scottish journalist in a review of 12 Rules For Life. “What I reject is Peterson’s mean-spirited contempt for those who want to morph or transcend the old binaries altogether—and who want to be given respect for doing so.”

Contrary to the stirring rhetoric, Pat Kane and Gillette executives are not interested in honest-to-God transcendence. They shirk the hard and disciplined emotional work a man needs to do if he is to simultaneously celebrate and overcome his lower, boys-will-be-boys nature. Having declared gender meaningless, these blokes would rather divert their energy into political and social causes that promise to subdue—if not eradicate—traditional masculinity.

It’s a catastrophe, like Peterson says. Moralizing male feminists urging other spiritually deprived men to plant both feet even deeper in a purely left-sided understanding of truth, love and freedom.

Still, ill-conceived attempts to engineer unison are not at the core of the conflict between the sexes. We men are so determined to prevail, to bitch, scream and squabble our way to a final victory over reality and its co-conspirator, irrational women, that we overlook a more nuanced interpretation of movements like #MeToo.

The competitive tension within perceived dichotomies—the idea, for example, that chaos can be conquered—is a make-believe perpetrated by men for the honorable purpose of giving organized progress a fighting chance. Alas, the practical benefits of this rationalist conceit have a use-by date. The bias eventually renders us too materialistic, too controlling, too exacting, too antagonistic.

Yes, in short, too masculine.

Rectifying the overreach, however, is problematic, since it requires input from what has been eviscerated by an obsession with science and technology. Without pausing to reflect, the untethered modern mind goes on striving for literal answers when the problem is a presumption that what is really at stake here can be solved rationally.

At the close of Part III of his Bible lectures, Peterson mentions his fondness for the hypothesis that men test ideas and women test men. They provoke us, highlighting our weaknesses and blind spots. Yet it doesn’t dawn on him that this might be precisely what angry feminists are up to.

Men are unclear on how to go to war with women because we sense they already know, in a way that isn’t obvious to us, that we’re all on the same team.

Contemporary feminism is a post-political allegory, a conflict designed to end the conflict. It’s not an argument to be won or an ideology to be actioned.

It trashes the presumption of innocence with a believe-the-victim strategy and agitates for quotas and gender pay equality, not because they’re solutions. They clearly aren’t—and that’s the point. Ruinous initiatives signify it’s time to shift the focus from impersonal systems of knowledge and power to authentic human relations. Similarly, it isn’t hypocritical of the sisterhood to partake of the upsides of Western civilization while enthusiastically tearing it down. The historical achievements of a Willink-styled patriarchy are worthless if we don’t go on to create a kind and benevolent world.

Isn’t that the defining task of category male?

The test is as simple as it shocking: are we sufficiently stoic—sufficiently rational!—to acknowledge the truth that the balance men crave is not an intellectual midpoint between opposites? A bit of worldliness, a bit of spirituality. Some certainty, some faith. No, the sweet spot is an ironic all-or-nothing.

Man must let go unconditionally and in advance. For it is only when the answer-seeking, chaos-defeating ego is annihilated by his spontaneous right-side appreciation of things, that he will be truly free and worthy of the love and admiration of women. 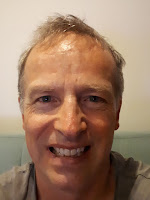 Mark Christensen is an Australian commentator and economist, who has also been published in US outlets such as The American Conservative and Ethika Politika. He’s writing a book on the epistemological challenges of reality. Follow him @intempore_au.
Share